Goats to Gods: The Delphi Legacy

Posted on February 6, 2013 by Chris Everheart

How a goatherder’s pasture became the center of the world for over 1,000 years. 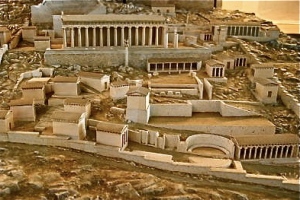 Model of the temple mount at Delphi, Temple of Apollo top. -Lonely Planet

A crack in a mountainside 100 miles from Athens influenced the ancient Mediterranean world for an entire age. The holy city of Delphi was home to sacred temples, wealthy treasuries, renowned theaters, and active sporting arenas that marked it as the most important cultural, religious and financial hub in the Western world.

The mother of Delphi’s influence was a fissure in the rock breathing a mind-altering vapor, discovered by a goatherder around 1400 BCE. As the ancient mind went, this was obviously a portal into the divine dimension. The spot was considered the navel of the world and a sacred site grew up around it, eventually inspiring a huge Temple of Apollo to awe its visitors.

Ensconced on a tripod seat over the fissure in the temple’s hallowed chamber, the entranced oracle – called the Pythia – became the conduit for the god Apollo, who would deliver for seekers vague personal messages to be interpreted by the attendant priests. The prophecies covered every human interest from romance to finance to empires.

The oracles were famously, even cruelly, cryptic. In the most infamous military blunder of all time Lydian king Croesus consulted the Oracle before invading Persia and was assured that a great empire would be destroyed if he did. Imagine his surprise when he lost the war he started and it was his empire that was destroyed!

Among the many seers and oracles of the ancient world, none wielded the power and respect of Delphi. For more than a millennium kings, aristocrats, commoners and colonists paid dearly for a precognitive utterance from the Pythia that would give them some warning, guidance or blessing for their next endeavor.

Delphi’s influence eventually waned and it was shut down by Christian Rome in the 4th Century CE. But the mark of Delphi on our civilization is an undeniable hint at our magical, mythical and humble past.

Now, here’s the cheese on this Brain Burger

3 oracles from Delphi we wish we hadn’t followed:

Chris Everheart is author of the YA thriller

THE LEAGUE OF DELPHI 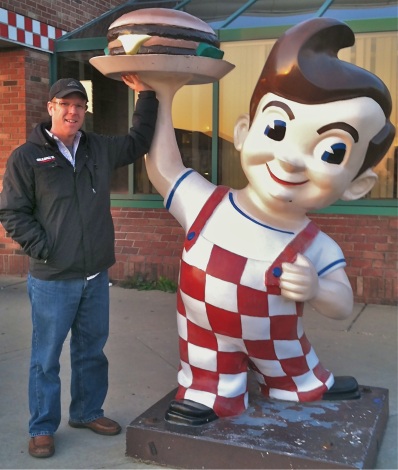